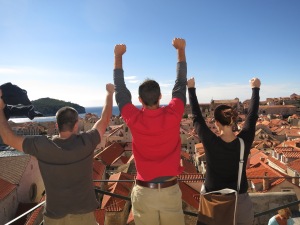 Hello from Munich! Land of glockenspiels, ratskellars, lederhosen and haufbrau houses. We’ve closed the door on Dubrovnik and we’re ready to explore this German city, but before all that, we thought just one more post on our last beautiful stop was needed. Partially because we’ve gotten a handful of e-mails and comments asking about Dubrovnik and partially because we took so many quality pictures, many of them are worth passing along.

Between daily stops at our new favorite bar and long dinners, we certainly tried to make the most of our time in Dubrovnik. We managed to make our way over to Fort Lovrijenac situated just across from the more well-known Old City. The 16th century fort was mostly empty of other visitors (the half-awake guard told us many are deterred by the steps needed to climb up to the fort) so the four of us had the place to ourselves along with a small handful other intrepid explorers. Much like Old City, the Fort was in immaculate shape and you’re encouraged to walk all over it. In fact, we decided that the fort rivaled the city wall tour in views, appeal and general awesomeness. It helped our budget that our ticket for the wall tour also let us into the fort. Each corner, much like Dubrovnik as a whole, brought another angle with another tremendous view. Running around, we felt like protectors of the city, scanning the ocean for any possible enemy ships. All we found was a small, party sailboat; not really worth breaking out the hot oil and cannons. 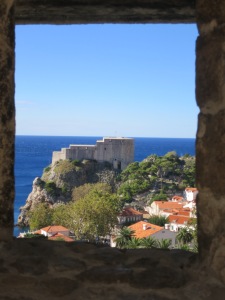 Later in the day, we took the Dubrovnik Cable Car,or funicular if you’re feeling European and fancy, to the top of Mt. Srd. The ride was only about three and a half minutes long, but the reward at the top was the ability to feel like you’re above it all. As a bonus, we were there just as the sun set over the city and the sea. It was a magical, serene and perhaps even spiritual moment. Not every day you get a sunset like that and one of the best I’ve seen on the trip. Even cooler when you have some friends to share it with.

We ran into a little bit of rain along the way, but somehow it only made the city look better. I know we’re wearing our love for Dubrovnik on our sleeve, but it was a little bit of a thrill every time we crossed the gates back into Old City. At one point, John proclaimed his disbelief at what a white, glimmering city Dubrovnik is. And Jack said we had unlimited, Mediterranean bliss.  After three days, we were still seeing new parts of the city. We suggest you book your flights down to this part of the world now. Actually, on second thought…don’t. We kind of want to keep this gem just to ourselves. 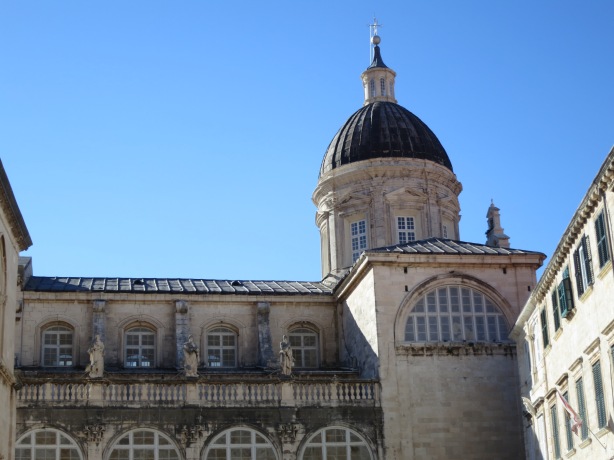 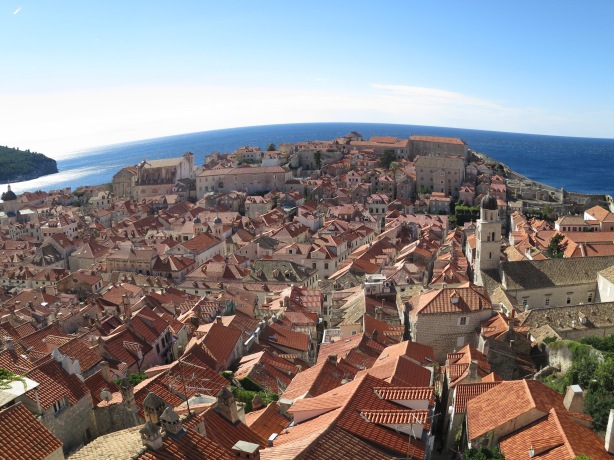 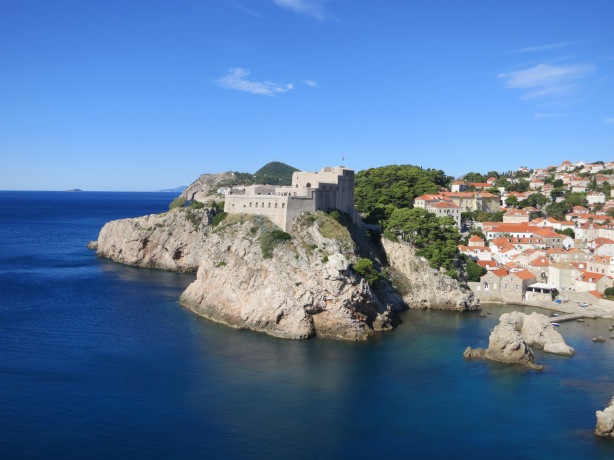 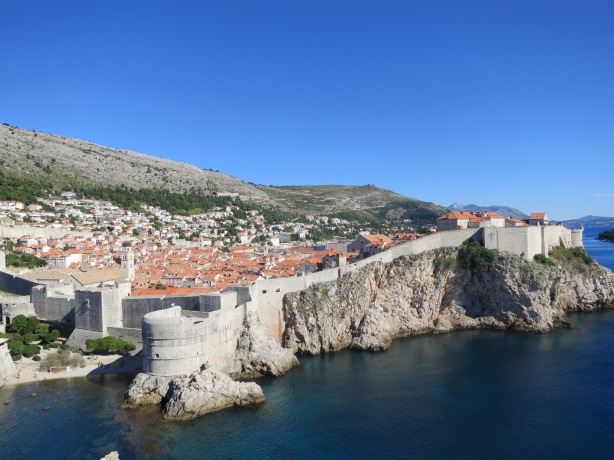 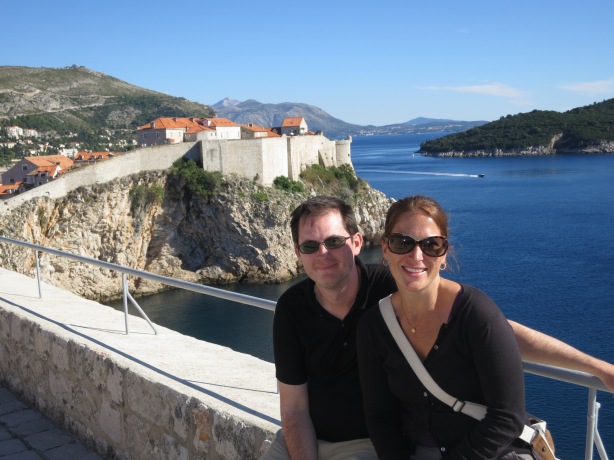 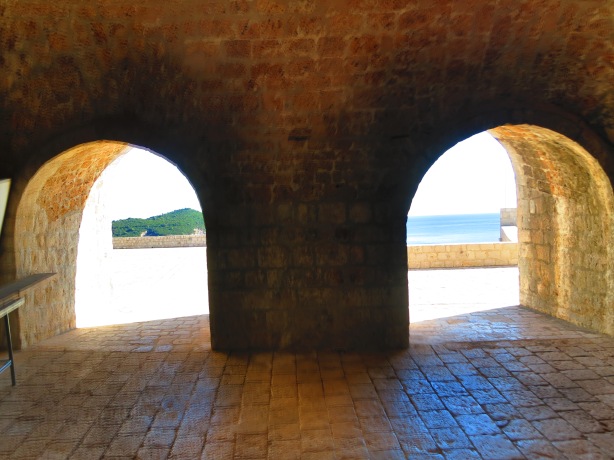 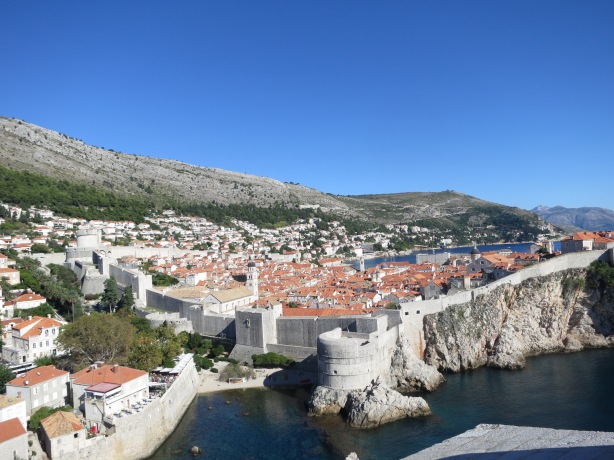 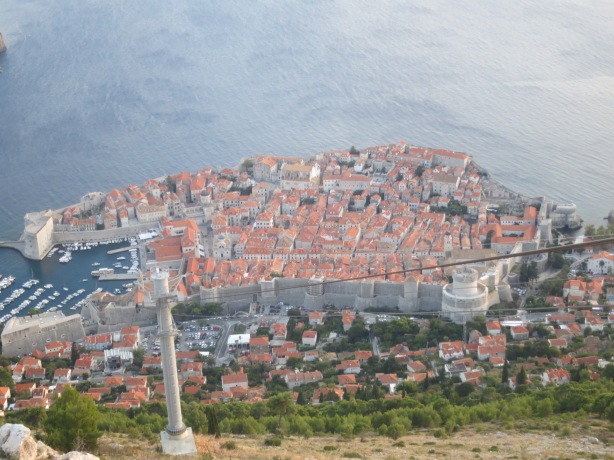 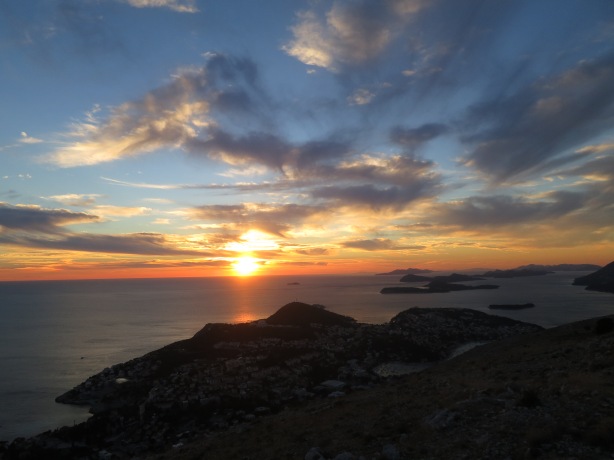 8 thoughts on “Final Reflections on Dubrovnik”